End users are the users of your app. They log in and use the app under which they were created. An end user is unique (by username) to an app instance. A user can only act within its app instance and perform tasks such as: create, update, view and delete data, execute actions, execute queries, and more.

End users can edit details of their own user (such as: username, email, password) under the profile section, but cannot edit details of other users, unless they are admin users (i.e. users with role 'admin').

All end users have a role (the default roles is: 'user'). Roles are used to grant different privileges or access rights to the resources of the app.

Admin users have exclusive access to two sections, within the app's UI. These sections are: 'Users' and 'Roles'. Users with other roles do not see and cannot access these sections.

The 'Users' sections allows admins to manage users of the app. All users of the app can be found here to be viewed and edited. This is also where new users can be created, using the 'new' button. 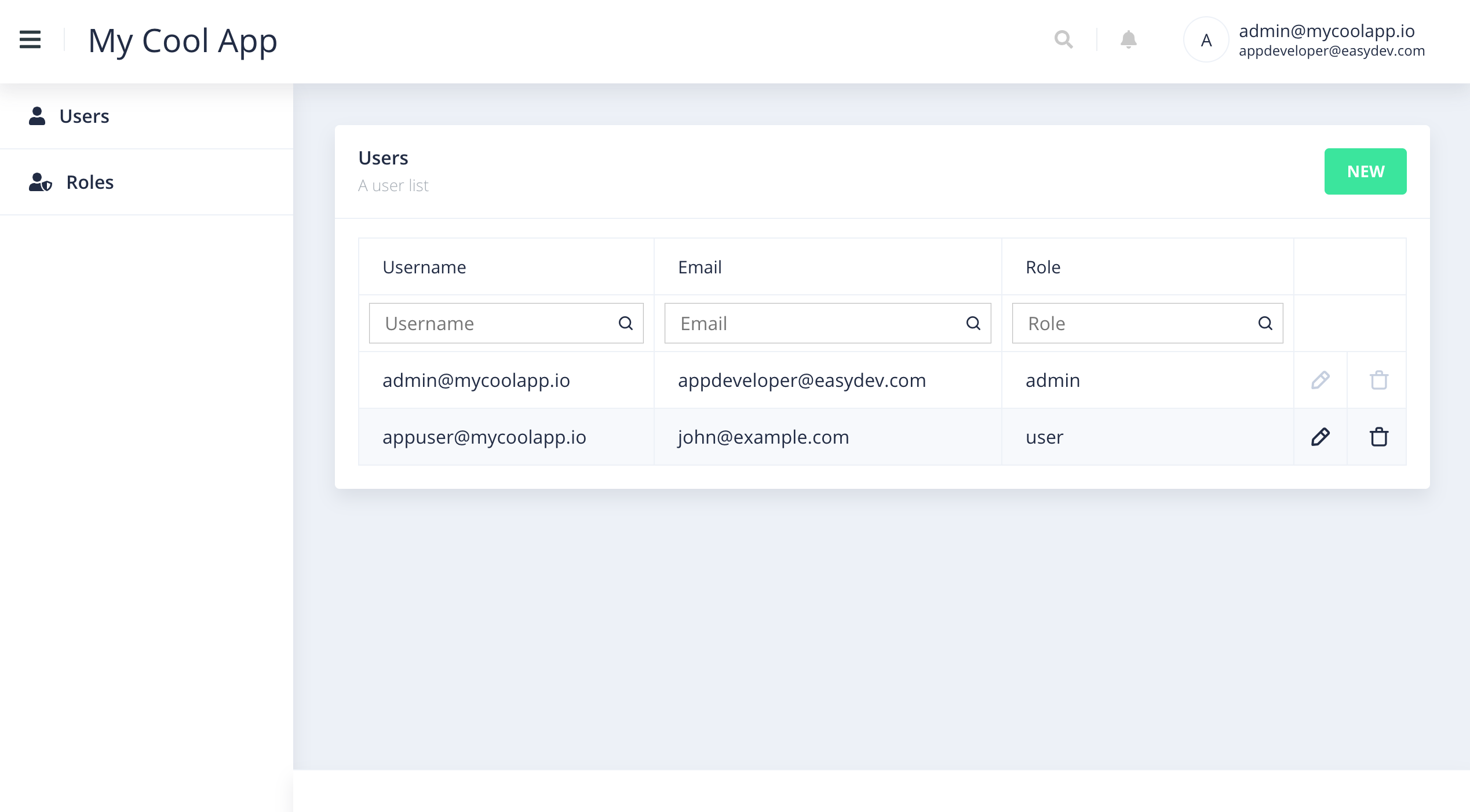 When creating or editing a user, its username, email, and role can be modified. Changing the role of a user, may change that user's visibility of some data if access control is configured.

It is possible to reset a user's password, so that the end user will receive an email to create a new password. This is especially useful when creating a new user.

End users can have roles. Roles define the visibility that users have of certain platform features (eg: users and roles management is only available to users with role admin). Roles can also be used to configure the level of access that certain users have on specific data. 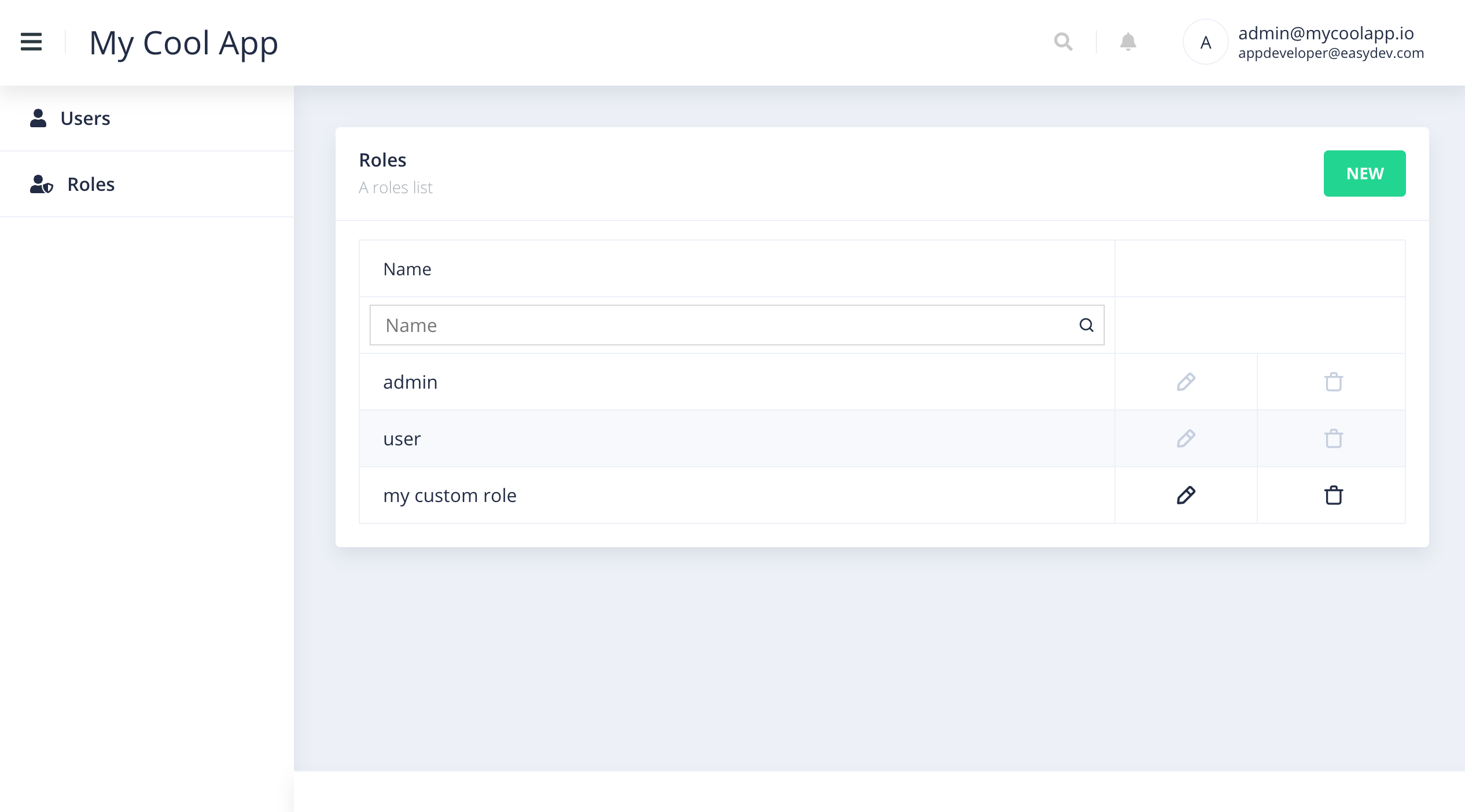 By default, Stryke provides you with two basic roles: 'admin' and 'user'. 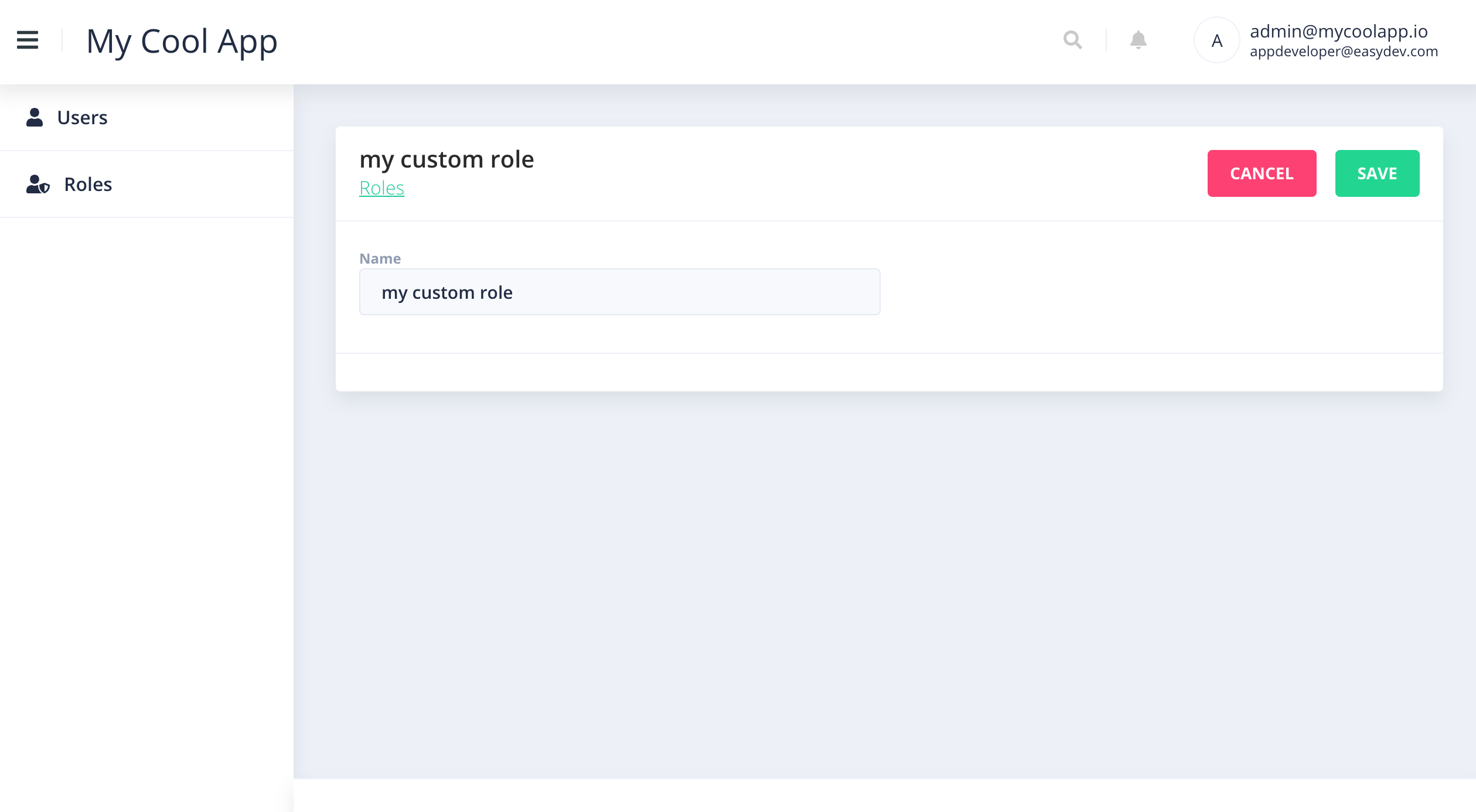 ← Working with your app's dataAccess Control →