When logging in to an app, users are prompted with a dashboard that lists the entities defined for the app. Clicking on an entity shows all records for that entity in a list that can be filtered and sorted. The list's header shows a subset of the fields of the given entity, which are ordered in the same way in which they are declared in the entity metadata JSON. 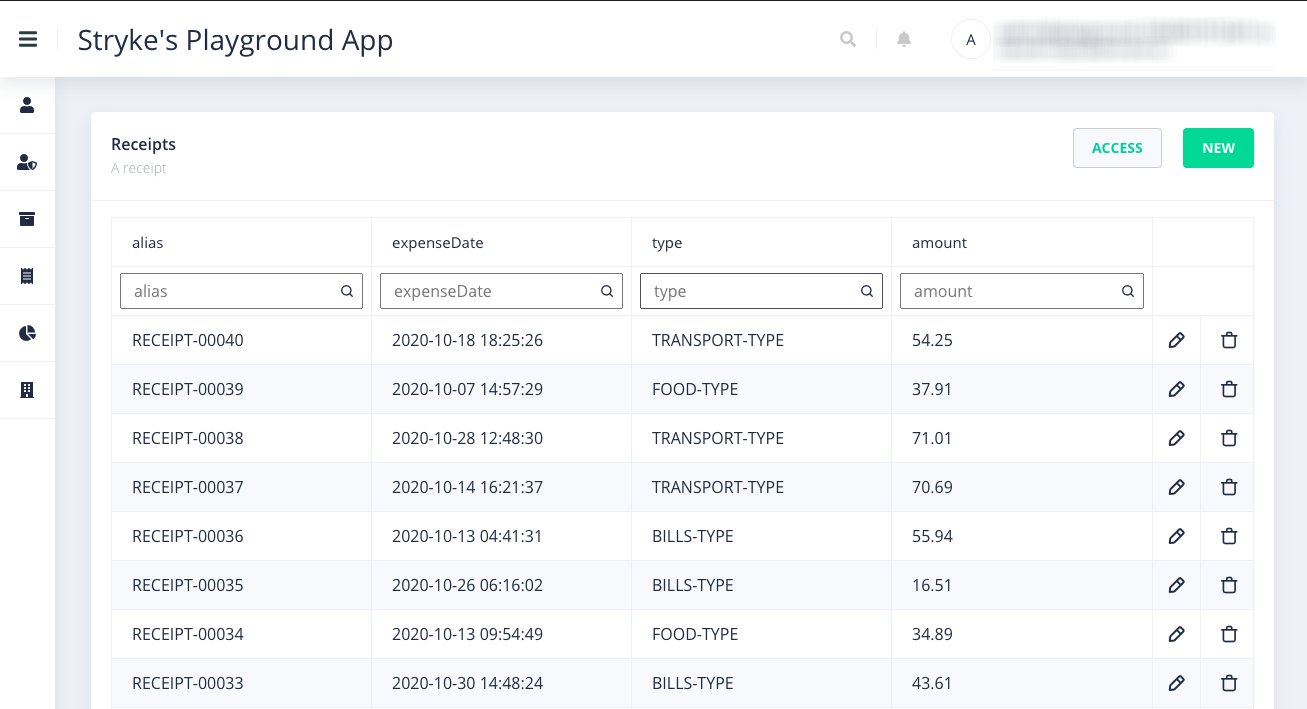 Work with your data

Users of the app can interact with their data via the Stryke user interface to read, create, update and delete their records.

All operations on data can also be performed using the: Data API

Data records can be imported from CSV files. In order to be able to import records, the field canImportRecords must be set to true on the corresponding entity. The CSV file must include the field names as a header. Lookup fields must be specified as IDs (to the related record). Note that, if defined, create triggers will be executed when records are being imported from CSV. The create triggers will receive the records being imported in the stryke.data.new array.

End users can import records from the app's user interface.

Additionally, the API can be used to import records: Import dataset API. Importing records via the API optionally allows to import records while bypassing any relevant create triggers that may exist on that entity by setting the runTriggers request parameter to false (the default value is true). By doing this records will be created and create triggers will not be executed.